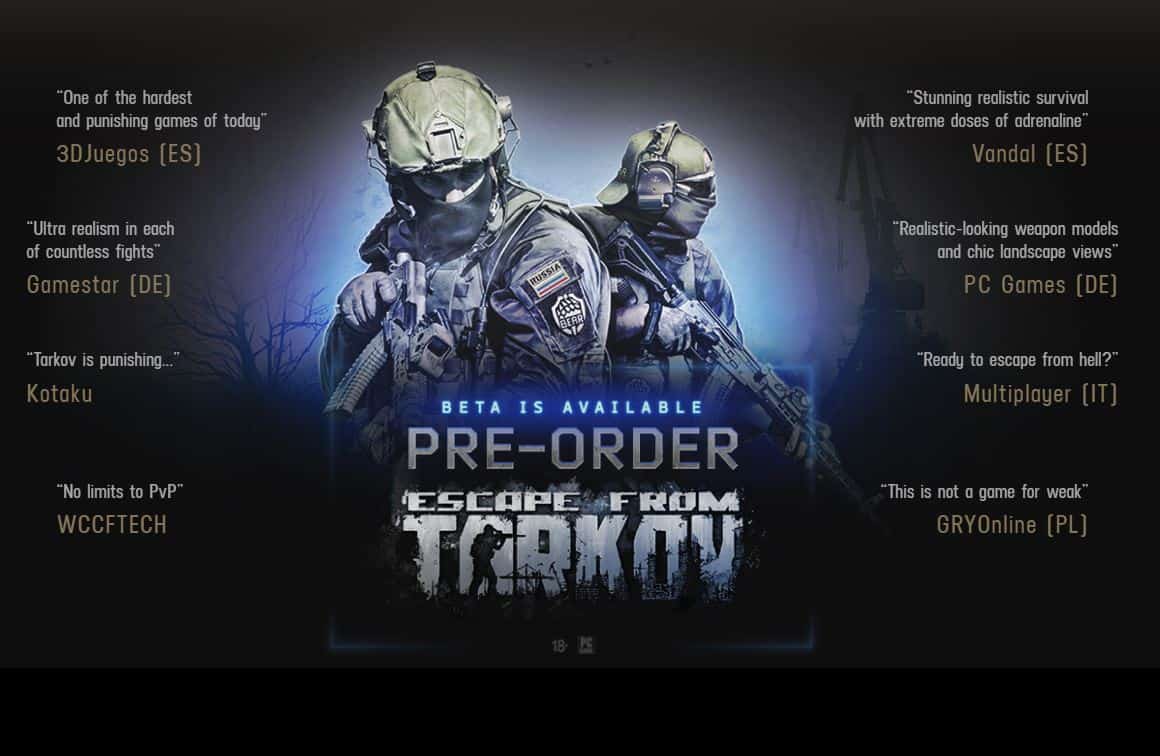 How Do I get Escape From Tarkov?

How much does Tarkov Cost?

You can always purchase the Standard Edition, and see if you want to upgrade later on. Buying the standard edition is a good way to test the waters and see if the game is for you before committing to a large expense for the game. I’d recommend watching the game on Youtube or watching streamers to see if the game is for you. It certainly is not for everyone due to its difficulty when starting out.

Upgrading your account used to require doing an account reset, so anything you had in-game, weapons, experience, supplies, etc. were all wiped. Now all you need to do is upgrade via your profile, and the extra stash space should extend, and the items will be sent to you via in-game mail.

Every so often, Battlestate Games wipes everything out to re-test new player experiences. It takes everyone back to level 1 and gives you back your starting equipment from the edition of the game that you purchased. The next wipe is scheduled for April or May of 2020. Typically there are new patches applied at the same time.

Will Tarkov be free?

Not that I know of. The devs can’t work for free, and this game is definitely worth the money (in my opinion).

Is EFT worth buying?

ABSOLUTELY. I’ve never experienced a game that was so rewarding. It has many frustrations along the path of learning the game. Once you start understanding the mechanics of the game and how to play, it’s very rewarding when you takeout multiple PMCs and extract with full backpacks of loot.

Can I refund Escape From Tarkov to get my money back?

No. Battlestate Games states this in there terms. Once the game is purchased the money will not be refunded. All sales are final. Watch clips to see if the game is for you, and look for other people’s hardware specs to see what type of performance you should expect.

Escape From Tarkov was released in 2017, but is still only in closed beta. Below is a list of planned release dates and past release dates according to BattleState Games (BSG)

The launcher can be downloaded after you receive the first few emails from Battlestate Games. Once the launcher is installed and launched, you can begin downloading the game.

The initial download for Escape From Tarkov is roughly 10-11 GB. It’s not a very large download. I’d recommend having the game on an SSD or NVME drive for the fastest load times.

Can my computer run Escape From Tarkov?

Since EFT is still in closed beta, no official required specifications have been released. Having said that, it is assumed these specs are fairly accurate:

This first widget will style itself automatically to highlight your favorite product.